Animal Care at Dolphin Facility in the Keys 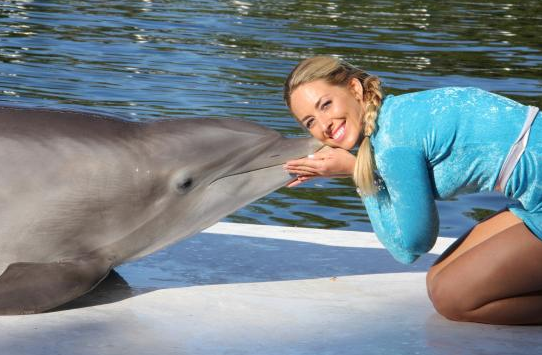 The care of all the animals is job number 1 in the Florida Keys.  The animals run the show and the trainers and internship make sure the animal have the best care possible. Here are standards that set up..

The health and well being of the animals at the Florida Keys Dolphin Facility in Islamorada takes precedence over all other interests.

Each animal is provided with:

The following is written by animal behaviorist and author, Karen Pryor:
Training with reinforcement can be used as a window into the meaning of the animal’s natural behavior.  The interactive positive reinforcement training setting is an excellent way to become acquainted with the nature and function of an unfamiliar animal species, enables communication to occur on a level considerably exceeding that of usual animal/human interactions and is an excellent tool for the investigation of animal cognition.  Conditioning is not only an end in itself, but also a tool to gain knowledge about the animal as a whole.  This type of training is rewarding to staff and animals alike.

Unlike techniques unfortunately utilized with most other animal species, marine mammal training is based on positive reinforcement, not correction, punishment, and aversive control.  This type of shaping behavior allows the animal to show us their real natures and give us their best.  If other animal species were trained this way, perhaps they too would be as eager, attentive, precise, cooperative, and capable as marine mammals.  It is perhaps these circumstances, and not some intrinsic characteristic of the dolphin, which has given people such respect for the dolphins’ abilities…we get more chances to observe cognitive processes in these animals than in others.
As you can see that the staff at the Florida Keys Swim with Dolphin programs really cares about their animals.